Unassembled plastic model kit in 1/72 scale of a U.S. North American T-2 Buckeye jet trainer aircraft, the main basic U.S. Navy and U.S. Marine Corps trainer for decades after its introduction in late 60s. T-2C was the main U.S. Navy production variant with over 230 units produced while the T-2E was the designation for the Greek export variant, with 40 units produced. 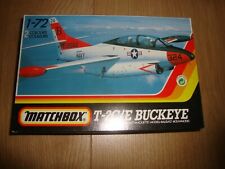 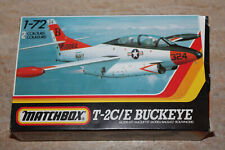 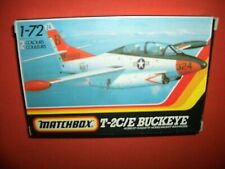 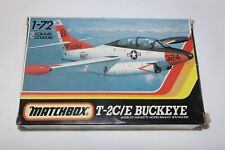