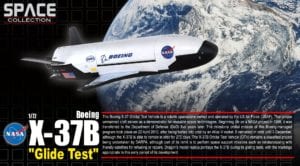 The Boeing X-37 Orbital Test Vehicle is a robotic spaceplane owned and operated by the US Air Force (USAF). This unique unmanned craft serves as a demonstrator for reusable space technologies. Beginning life as a NASA project in 1999, it was transferred to the Department of Defense (DoD) five years later. The milestone orbital mission of this Boeing-managed program took place on 22 April 2010, after being hurled into orbit by an Atlas V rocket. It remained in orbit until 3 December, although the X-37B is able to remain in orbit for 270 days. The X-37B Orbital Test Vehicle (OTV) remains a classified project being undertaken by DARPA, although part of its remit is to perform space support missions such as rendezvousing with friendly satellites for refueling or repairs. Dragon’s model replica portrays the X-37B during its gliding tests, with the markings appropriate to this early period of its development. 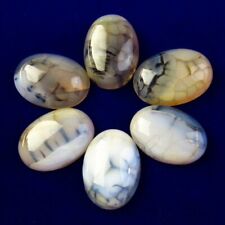