Unassembled plastic model kit in 1/72 scale of a German WWII self-propelled artillery Hummel, built over Geschützwagen III/IV chassis (which combined elements from both Pz.III and IV chassis) with an open superstructure. Introduced in 1943 remained in service the rest of the war, with over 700 units built of the type. 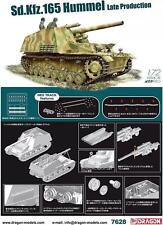 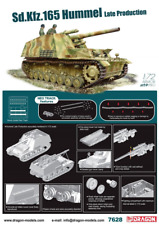