Unassembled plastic model kit in 1/72 scale of a French Mirage III fighter aircraft, variant CJ SHAHAK, an specific for export to Israel IIIC variant with simplified avionics, delivered between 1961-1962 (72 aircrafts). Was the first air-to-air missiles fitted Israeli fighter aircraft and saw action initially in the so called “War for the Water” with Syria and later in the Six Days War in 1967.

Be aware because same code number, 72010, was earlier used by AML for an own tooled IIIC Mirage kit, so pay attention to the box before buy, it must says IIICJ SHAHAK and eventually show the “RV Aircraft” label bottom-right of the box. If you are unsure ask seller. 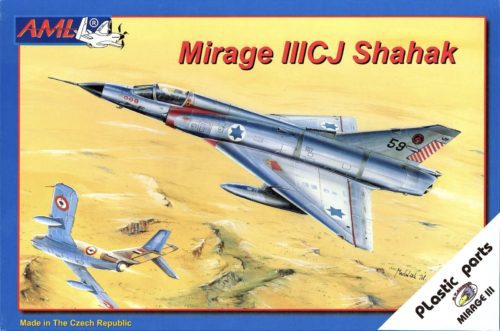 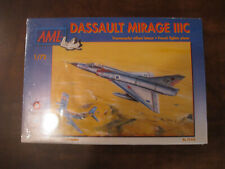 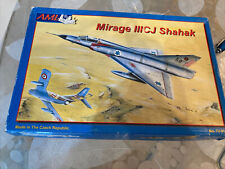