Unpainted plastic soldiers in 1/72 scale depicting British Dragoons during the war of the Spanish Succession (1701–1714) a major conflict which involved all western European powers of the time.

Original conceived as mounted infantry, at the time of the Spanish war of Succession, Dragoons regiments were more a cavalry type, used and trained to fight with swords and firearms from horseback and so this kit depict them, thought depiction of the mounted infantry would have been right too. During the war of the Spanish Succession the British army kept 8 Dragoons regiments, all of them established during the two decades before the conflict, being 3 of them English, 3 Irish and two Scottish. During the war, a third Scottish regiment was raised.

Box contains 12 mounted figures in 12 different poses, all of them in an standing/ready pose, with weapons ready (sabers). Includes also one drummer and one banner carrier, as well as an officer using a spyglass. 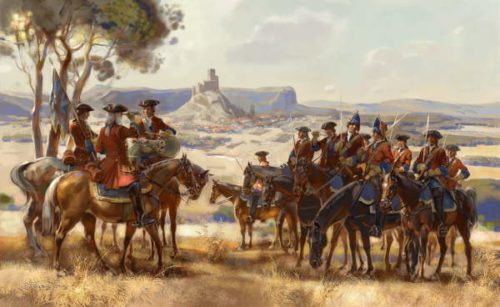 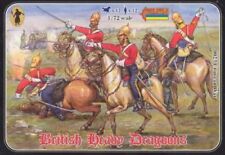 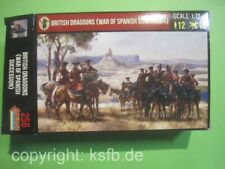 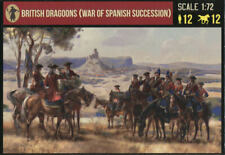