Unassembled plastic model kit in 1/72 scale of the largest search and rescue cruiser  of German Maritime Search and Rescue Service (DGzRS) and also the largest cruiser rescue in the world. Includes also the daughter boat Verena (the later after 2012 boat type).

This is the third release of the HERMANN MARWEDE series, initiated with kit Revell – 05238 – Hermann Marwede in 2005 and later upgraded in 2015 when releasing Revell – 05220 – Search & Rescue Vessel Hermann Marwede, this later release, includes the 2015 updates, the new Verena boat plus an extra sprue correcting some details of the original release, and also includes a large amount of PE (photo-etched) parts and brass metal parts for up detail, till date a definitive edition of the HERMANN MARWEDE ship. 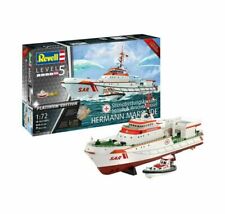 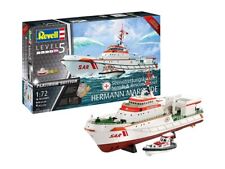 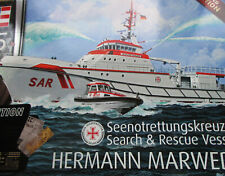 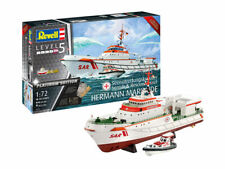 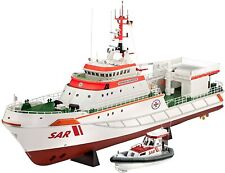 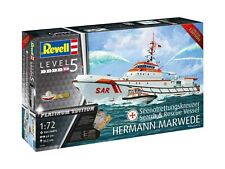