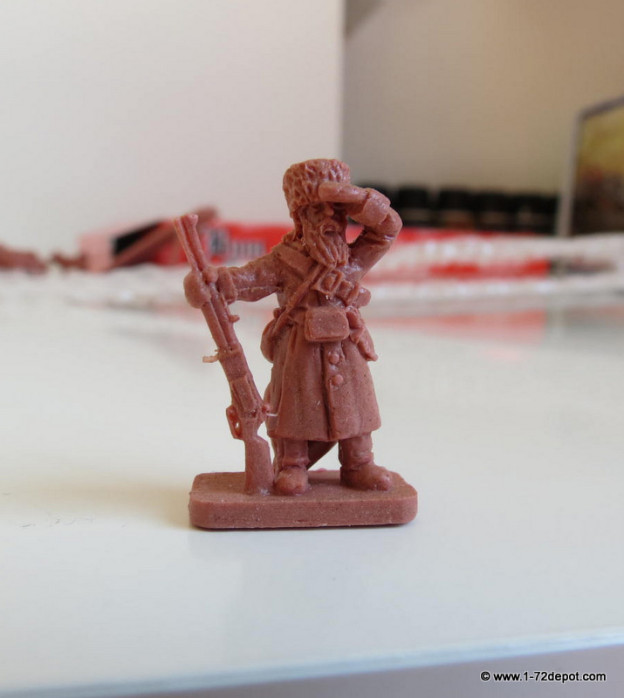 Together with the Royal Canadian Mounted Police BUM released two boxes for trappers. Here we go with the second of them, the BUM – 2054 – Canadian Trappers, Winter.

In this box you get:
6 Winter trappers figures.
1 Dogsled + 2 dogs.
1 Vivac (Our copy came broke, although usable) The vicac is a basic resin piece, but usable and well cast. The two mast came cut at the base height to avoid damage during transport. The trappers are the big value of this box, figures are well cast, no sign of flash or mould lines neither plastic excess. This time, the dogsled came without driver and only with 2 dogs. The figure below is specially beautiful for our taste. Material used for the figures is quite soft, this would be and odd for some modelers, who prefer hard plastics, but this material took good glue and can be worked with knife in a very easy way.

The two dogs and the vivac can be found in other boxes of the series, but the rest of the box is exclusive.

Many Thanks to Francisco German (BUM) who has sent us this box for review.