We have moved here the “News” section, as it is always related to novelties in the hobby, and for us, it haves more senses to put them here, in the database, instead to put them in the blog section, as we did in the past.

To inaugurate this “new” section we make a brief about the updates for this week, which comes plenty full of excellent news in many of the scales covered here. 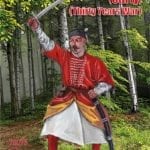 First of all Mars have announced a new batch of releases, some related with the Thirty Years War period, and one of them continuing their Lithuanian-Russian medieval range. As always, Mars shown some moulds problems and not the better sculpture quality, but for sure some of the figures will be interesting. Over more, we put our eyes in the Mars – 72073 – Polish infantry (early), Thirty Years War and in the Mars – 72049 – Imperial Mercenary infantry in winter dress, Thirty Years War.
To see all the Mars’ novelties follow the manufacturer’s link here. 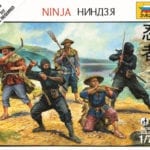 Zvezda also have released some more small sets this week. Two of them are 1/100 scale vehicles, for their Art of Tactic game system, but very appreciated by a lot of 15mm gamers, such those who play the popular Flames of War game. To see this updates take a look here.
Together with these small vehicles, 4 small boxes for the Feudal Japan era are also appearing at the stores. They all have excellent figures inside, but just a few, as for sure you know. See our related Feudal Japan sub-category to see this updates and more sets for this period in the 1/72 scale.

The 28mm scale also comes plenty full of good news this week. By one hand, Wargames Factory reveals their good job done with the new Apocalypse Survivors: The Men, and as we were in debt with their Fantasy and Sci-Fi range, we have updated the Wargames Factory listing with all their boxes available for these ranges.
By the other hand Fireforge Games present two new medieval infantry boxes, for Teutonic and Templar orders, by now, available through pre-order at their own store. They are doing and excellent work for this period, we hope to see soon some Muslim counterpart for this knights.

Military Wheels, Italeri (Vehicles) and UMMT also have been updated this week. Surf our categories to find out what are they offering.

We also want to point over a new brand included this week in our listing, they are Model-Collect a new Chinese manufacturer with an interesting characteristic, they are delivering full cast metal chassis together with plastic parts. By now we have added two of their 3 first models, because we can’t find a box’s image for the second T-90 version, the ones with the “Cast” turret.

Today, PSR announces some novelties by Strelets, a lot of new guns and vehicles, World War I related, are in the pipeline, see here, but also you will discover there one ancient and one medieval release. About figures, they have announced a new WWII German set, yes, it’s true, a new German WWII set, German Army in Stalingrad.

The S-Model Pz II have been updated with pictures of the finished model by our friend Florin David, usually collaborating with us.

No more by now, we will try to do this kind of updates once per week.