Hello,
This week haven’t been so rich in novelties, by now we are telling only updateds in the 1/72, 28mm and 15mm scales, our 1/35 scale section still is far away of be functionality. 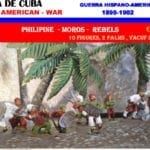 We have received several updates from the BUM’s brands (BUM,GerMan and Pobeda/Victory). As always there are good and bad news in that boxes, the good news are the never before covered subjects, such the MOROS, and the Japanese Marines boxes released, a topic only poor covered by a RedBox box several years ago. These guys are useful for the Boxer’s rebellion but also for the Russo-Japanese war.
Also a good news is the re-release of the “La Legión” guys, together with a Republican side set, not so excitement for us.
The bad news are the other two sets, and the overall format of this boxes, except for the “Legión” ones, which is a decent infantry box. 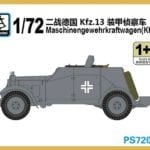 The better news of the week come in the format of “fast built” sets. S-Model present two new releases, Adler Kfz. 13 and A13 MkIII tank, both are great news for the early Second World War II players/lovers, and both come in the 2 vehicles format, which is the standard of the brand.

The Plastic Soldier Company Co. also surprises us with a new release this week, it’s a Panther tank, Ausf A version, with Zimmerit pattern. What also surprises us is that this box contains only two tanks inside, till now, the brand always released three vehicles inside their 1/72 boxes, so we don’t know if this is only due the bigger size of a Panther or due to a new production standard. Note than price of this box is not lower than the previous 3 vehicles inside released.
This company also present a new release for the 15mm scale, which will made happy all the Flames of War players. It’s a M5 Halftrack box, with 5 vehicles inside and 40 crew figures. An excellent release.

And no more for this week, we want to remember the addition of a new 28mm plastic figures brand, Agema, which came to us past week, but after the news update. We will follow with interest this brand, his first release have a very good quality.