Ok, we have not fulfilled the promises about a weekly update with the news in the market, but here we go with a brief summary about the past summer months, as this summer is now “close” to ends.

The past month, July, have been a very prolific month, mostly in the 1/72 scale, as we still aren’t 100% covering 28mm neither 1/35.
Many of the sets added that month and early August are forthcoming releases, but his time also have seen how appear long awaited sets, such the RedBox updates about the Jacobite’s rebellion and the Irish troops for the War of the Roses. 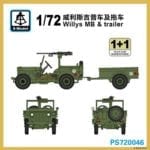 One of the brands which haven’t lost time in summer, is S-Model, T-26 and Gaz kits are already in the stores, and now two new sets are expecting very soon, as well as some other announced. 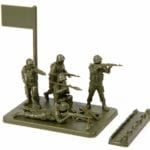 Another very expected release of the summer were the Cold War sets by Zvezda, they starts with two infantry sets, for both Soviets and U.S troops, and some 1/100 vehicles, as the game works in the same way than the Art of Tactic ones. 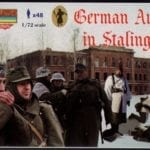 Two brands gave us a major update during those days, Strelets, with 13 new sets (well, in fact, some of them are Linear-B sets) , in this batch we want to highlight the German WW2 infantry set, and the 2 catapults released, one Roman and one for the Crusaders. The Norman Train also is a very interesting set.
The other brand with a major update is Hät, all are still forthcoming sets, they are 11 new boxes, boosting form WWI to Sassanid empire, through the Seven Years War.

This time also gave us an interesting update by RPM, with two nice new sets, a PanzerKampfwagen TKD(p) with 47mm gun and a Staghound Mk. I “Tulip”

Valiant announced a 6 pounders AT gun and Mars boosted their medieval Teutonic and Polish range with 4 medieval artillery sets, with the “only” odd of their sculpture quality.

Dragon is regularly announcing new sets, so don’t miss their section as well as the Plastic Soldier Company ones, in both 1/72 and 15mm scales. 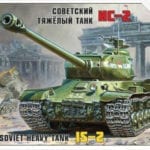 No less important have been the launch of a new 1/72 vehicle by Zvezda, the powerful IS-2 tank. 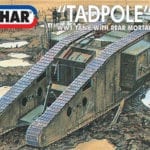 One of the big surprises of the season is a new announced 1/72 Emhar set, the ‘Tadpole’ WWI Tank with Rear Mortar, a version already available in the 1/35 scale.

ACE, Airfix, Revell, Model Collect, Ykreol, UM, MACO, MiniArt or D.O.C Models also have presented/ announced new sets, so this have been a convulse time for the 1/72 scale, don’t forget to check their listings.

We was thinking that things will being quietly and then Pegasus Models announced a big batch for September, boosting Soviet WWII troops and a German Fallschirmjager set, don’t miss them (including the big surprise of a ‘War Against Fascism’ entitled set, with some nice and exclusive figures inside, based in some of the most famous photographies of the conflict).

With so many work in the 1/72 scale we only added a few new sets by MiniArt and Master Box in the 1/35 scale section and none in the 28mm scale world. September will be a good month to boost these categories.