Unpainted plastic soldiers in 1/72 scale of Scottish Highlanders in the Jacobite Rebellions of the first half of 18th century.

Box contains 43 foot figures in 21 different poses and one mounted figure. The sprue with the mounted figure is also included in set Strelets – 066 – Jacobites (1), it contains 11 unique figures in 11 poses, including the mounted one, while the other sprue contains another 11 figures and is in a x3 format, so you get 33 figures in these poses. 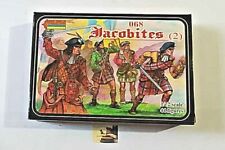 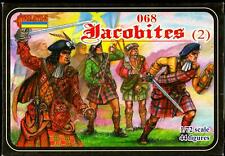 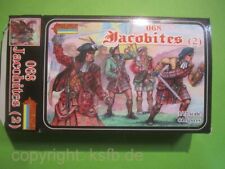 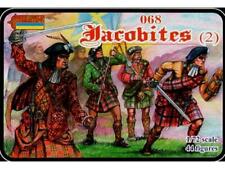