Box contains 32 figures in 8 different poses. Weapons are very assorted, not being WWI specialist we can only identify some of them, as the Fiat–Revelli Modello 1914 heavy machine gun in its tripod and the Chauchat light machine gun. Sadly we can’t identify the mortar, which doesn’t looks as any of the two 58mm mortars types used by Italy during the conflict.

The flamethrower is probably a French design, and could have been perfectly issued in the HäT – 8221 – WWI Italian Arditi box, as well as the armoured engineer with Farina helmet and body armour, or the marksman who also wears a helmet with extra protections seen in Arditi units. 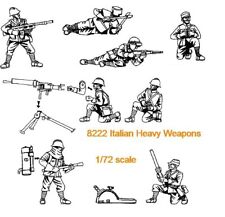 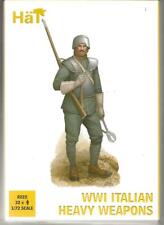 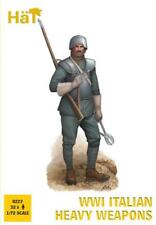