Unassembled plastic model kit in 1/72 scale of a Cessna O-1 Bird Dog liaison and observation aircraft introduced in 1950. The type was ordered by the U.S Army, but also saw service with U.S. Air Forces as well as Marine Corps, as well as a long list of foreign countries during its long service life till the 70s.

Kit includes PE detail parts and decal sheet with 4 markings for the U.S. Marine Corps including markings for both Korean and Vietnam War conflicts.

*AVI Models has corrected clear parts in a second production batch, looks like there is no change or notice on box either brand has communicated how to get replace. 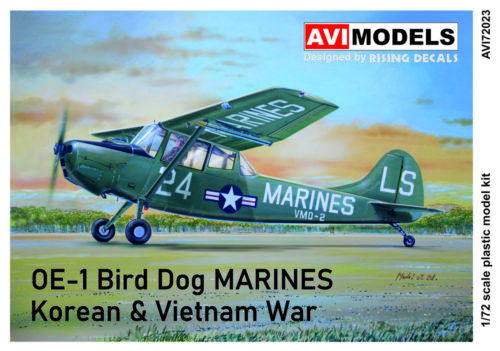 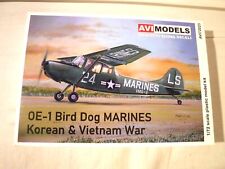