Unassembled plastic model kit in 1/72 scale of an Italian SIAI-Marchetti S.211 advanced jet trainer and light attack aircraft developed in late 70s and entered service in the early 80s with around 60 units produced and operated by different air forces around the world. 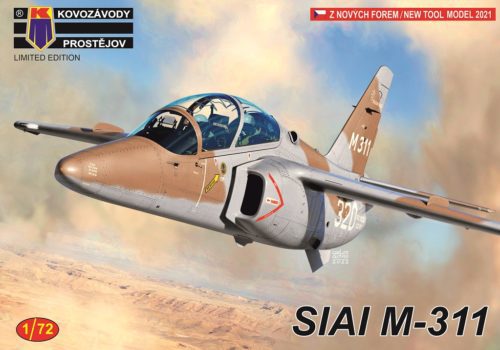