Unassembled plastic model kit in 1/72 scale of a British design based on the Brave-class patrol boat for export market. Perkasa designation was given to four boats built for the Royal Malaysian Navy in the mid 60s. Their main armament were four torpedo tubes (which could be swapped by ten mines), a 40mm Bofors gun and a 20mm Oerlikon gun. 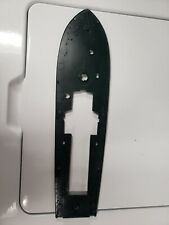 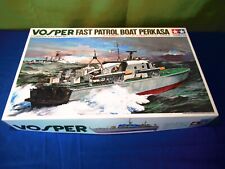 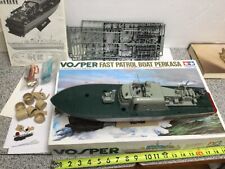 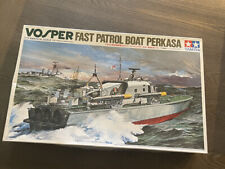