Unassembled plastic model kit in 1/72 scale of a Japanese WWII tank Type 4 Ke-nu, which can be considered as a variant of the Type 95 Ha-Go, as it uses its hull, but fitted with a Type 97 Chi-Ha turret, using a low-velocity 57mm gun. *Type 97 were updated to high-velocity 47mm guns turret, producing a surplus of the initial 57mm turrets.

Around 100 units were converted to this type during 1944. The type saw few action as most of them were retained in Japanese Home Islands, but some were issued to Korea and Manchuria, where they say action fighting Soviet Army in 1945. 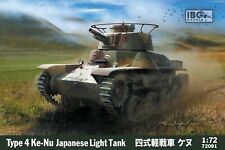 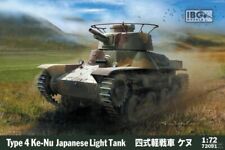 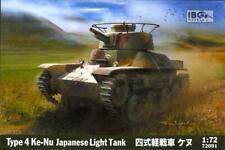 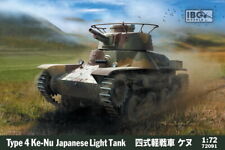