Unassembled plastic model kit in 1/72 scale of a German WWII Panzer 38(t) tank, designed and produced in Czechoslovakia and largely used by the Germans after annexation.

C variant belongs to the initial productions in German service (A to D series) with little differences between them and retaining 30mm thick frontal armour as the original design.

Kit includes optional parts for the external aerial antenna frame of the command (PanzerBefehlsWagen) variant. Kit is easy to build type with tracks and running gear mould in a single piece. 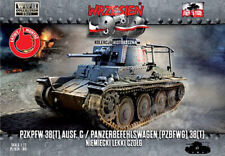 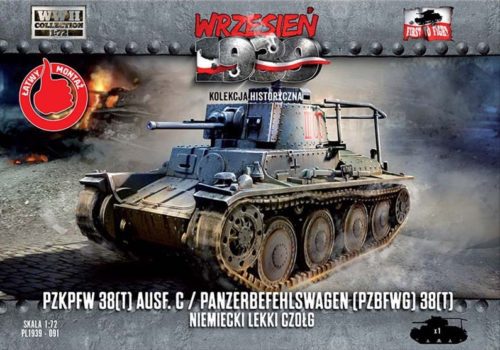 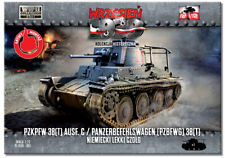