Unassembled plastic model kit in 1/72 scale of a U.S. Grumman F-14 Tomcat, an interceptor and air-superiority fighter aircraft, A variant, an U.S. Navy two seat interceptor aircraft, entered service in 1970. Iran received 79 of them during 70s. 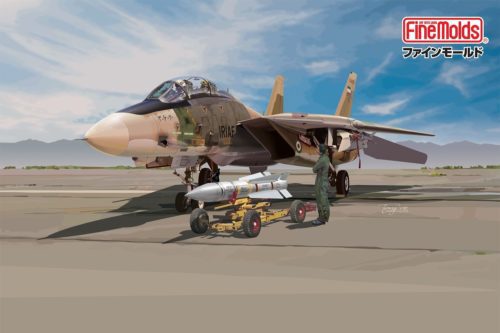