Mainly with the purpose of increase the Payload available for the excellent F-4 Phantom II range of kits by Fine Molds, this kit offers a well amount of U.S. missiles which equipped different aircrafts during 60s and 70s, including Phantoms and focused on air-to-air weapons.

The kit includes the following types and quantities:

To don’t limit the use to the F-4 Phantoms and just to mention some, some of these missiles an be also used in kits of aircrafts such Dassault Mirage IIIS,  Saab 35 Draken and 37 Viggen used the AIM-4 air-to-air missiles, the AIM-9 can be also used on the Vought F-8 Crusader and Republic F-105 Thunderchief but also A-4 Skyhawk or A-7 Corsair II and a extensive list of western europe aircrafts, as this type is one of the most successful air-to-air missiles. The AN/ALQ-119 electronic countermeasures pod can be carried by A-7P Corsair II, A-10, F/RF-4 Phantom II or F-105. And the list goes longer and longer if you check each of the weapons included in the kit. 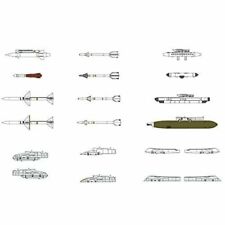 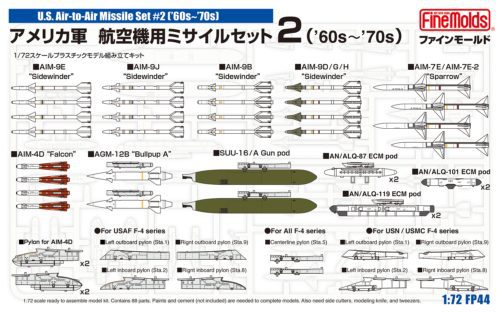 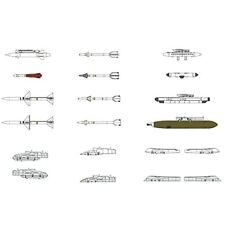 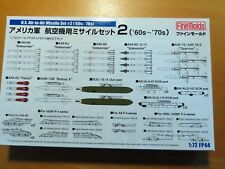 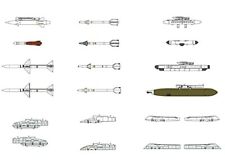 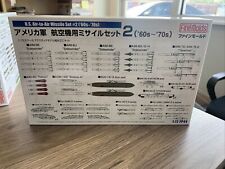